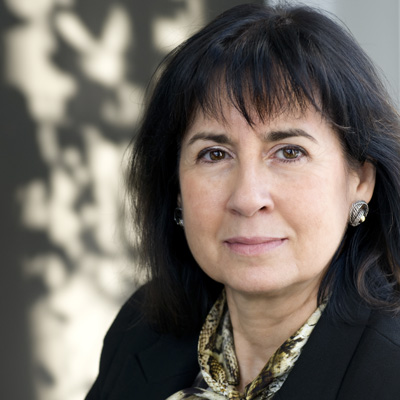 In the year 2000 Jacob’s Ladder began an auspicious International Research Prize project. This prize, awarded to one outstanding researcher from around the world each year, has provided an opportunity for us to honour each of them for their accomplishments and also to afford them an opportunity to share their remarkable work with physicians and researchers in the fields of genetics and neurological diseases here in our own city.

From the very beginning the Hospital for Sick Children joined with us to create a panel to recommend and invite the world’s best to come to Toronto to accept this award. This project was unanimously well received from the onset and to date 15 outstanding candidates have attended. We again congratulate all previous award recipients who have shown outstanding dedication in the field of genetics:

On June 12th, 2019 we look forward to welcoming Fatima Bosch to speak at Grand Rounds at The Hospital for Sick Children. Fatima Bosch is a full Professor of Molecular Biology and Director of the Center of Animal Biotechnology and Gene Therapy at the Universitat Autònoma Barcelona. Professor Bosch is a Pharmacist (1980) and PhD in Biochemistry (1985) by the University of Barcelona and has conducted post-doctoral studies at Vanderbilt University (1985), Case Western Reserve University (1988-1990), and NCI-Frederick Cancer Research and Development Center (1991). She has been granted numerous awards for her accomplishments in her field during the course of her career and is also a member of the Gene Doping Expert Group of the World Anti-Doping Agency (2013-present).

Her research focuses on studying the pathophysiological causes of diabetes mellitus using transgenic animal models and developing gene therapy approaches to this disease by in vivo genetic manipulation of tissues using non-viral and viral vectors. Recently, she has applied her know-how on gene transfer technologies to the development of gene therapies for inherited metabolic disorders such as Muccopolysaccharidoses.